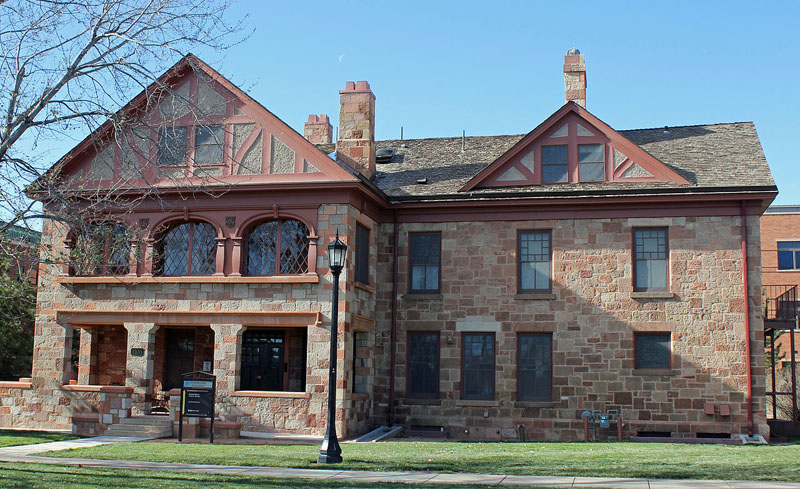 Located on the campus of Colorado College, Edgeplain is associated with Chester Alan Arthur II, who owned the house between 1901 and 1922.

The son of President Arthur, Alan and his wife purchased the house, remodeling and expanding it to accommodate their extensive calendar of dinners and parties.

Alan became deeply involved in the social life of the Pikes Peak region and Edgeplain became one of the outstanding meeting places of the social leaders from Colorado Springs and Denver.

The house is an example of the work of prominent Colorado Springs architects Walter Douglas and Thompson Hetherington.
While not the original designers of the 1881 home, the firm was responsible for its substantial expansion and alteration.

The future of one of our community’s most treasured landmarks is uncertain. The HPA is advocating for its protection and future use. Click HERE for the latest.  You can help – join us today and get involved!

This lecture series is a benefit of HPA membership. Join or Renew today!

Welcome new HPA Board members Deb Darrow, Tamara Estes and Ann Brock (not pictured) to the HPA Board of Directors, voted onto the board at the 2020 Annual Meeting.  Check out our 2020 Calendar of HPA Events!