We often receive requests for groups wishing to hire the services of a local tour guide. Tim Scanlon is one of our most knowledgeable and favorite historic tour guides. We are providing his contact information for others who might be interested in his expertise.

He worked as a federal grant specialist for the City of Oklahoma City for 5 years, and between 1985 and 2009 worked for the City of Colorado Springs, attaining the position of Senior Planner. During his tenure, Tim worked in a variety of areas, including urban renewal, housing plans, initiation of the Downtown Business Improvement District, the Comprehensive Plan update, the Mixed-use zoning ordinance and the Traditional Neighborhood zoning district. 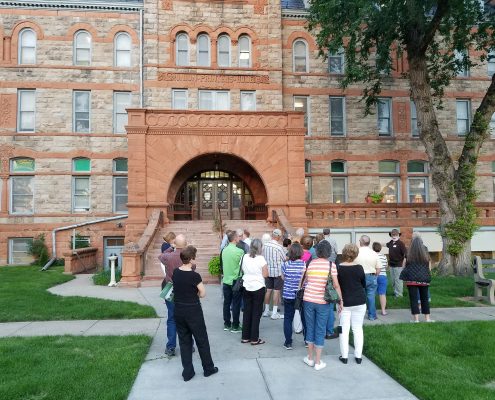